By Athleticshouron January 19, 2022in Athletics 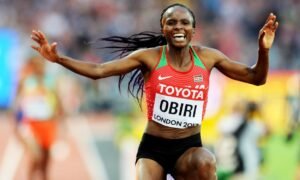 The Northern Ireland International Cross Country is an annual cross country running event held in Antrim, Northern Ireland, every January. It is a cross country permit meeting for the IAAF, as well as a stop on the UK Cross Challenge tour. Paula Radcliffe, Paul Tergat, and Steve Ovett are among the previous champions. 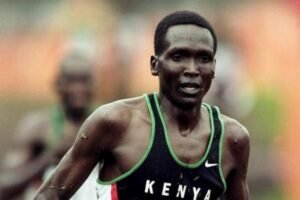 Obiri won the World Cross Country title when that event was last held in 2019.
She also won 5,000m gold at the past two World Championships and took silver over the distance at the Tokyo Olympics behind Dutch star Sifan Hassan.
Her performance in Tokyo matched her silver medal at the Rio Games in 2016 and her last run in the UK saw her winning the Great North Run in September.
Star performers who have competed at the Northern Ireland event since it began in 1977 include Steve Ovett, John Treacy, Million Wolde, Ismael Kirui, Paula Radcliffe, and Catherina McKiernan.
She is currently the 5000 meters champion after winning gold in the 2017 World Championships in London. She successfully defended the title at the 2019 World Championships, in Doha, setting a new championship record. Obiri is also the silver medalist from the 2016 and 2020 Summer Olympics over the same distance (5000 meters). She won the 3000 meters race event at the 2012 IAAF World Indoor Championships in Istanbul, Turkey. 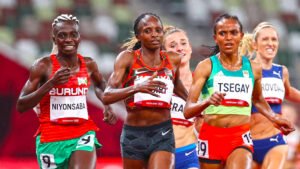 For the mile, 3000 meters, and 5000 meters, she holds the Kenyan National Record.
She won the women’s senior race at the IAAF World Cross Country Championships on March 30, 2019. The event took place in the Danish city of Aarhus. In a timing of 36:14, she won the 10.2 km race.
In 2017, New African magazine named Obiri one of the Top 100 most influential Africans.
She competed for Kenya at the 2020 Summer Olympics, where she finished second to Sifan Hassan in the 5000 meters race.