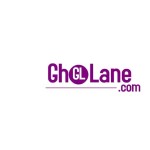 The Executive Board of the Ghana Olympic Committee (GOC) has donated an amount of 10, 000ghc as contribution towards the funeral of their Vice President, the late Mr. Paul Atchoe.

The amount was presented by Rev. E. D. Nikoi, a board member, assisted by the Accountant, Mr. Edem Avafianyo, and Deputy Communications Director of the GOC, Mr. Sammy Heywood Okine.

Mr. Abraham Abrown Atchoe, a senior brother of the deceased, Mr. Stephen Melomey, a family member, and Bawah Iddrisu, a top executive of the Ghana Volleyball Association received the money at the GOC Office.

Mr. Paul Atchoe who was also President of the Ghana Volleyball Association passed on on July 20, 2023, at the Police Hospital.

Funeral rites will take place at the Osu end of the Accra Sports Stadium, (opposite the Total Filling Station) after the burial.