By Athleticshouron March 2, 2022in Top Rankings

The mini-exhibition of historic race walking artefacts marks only the second public display, since the start of the pandemic in 2020, of items from the World Athletics Heritage Collection which are permanently exhibited in 3D in the online Museum of World Athletics (MOWA).

Damilano’s Seoul 1988 Olympic tracksuit, the Games in which he took 20km bronze, is among the exhibits in Muscat.

The uniform and footwear of Canada’s Ann Peel from the 3000m race walk at the 1987 World Indoor Championships in Indianapolis is one of the newest donations to the collection. In those championships, Peel struck bronze to replicate her finish in the same event at the 1985 World Indoor Games. 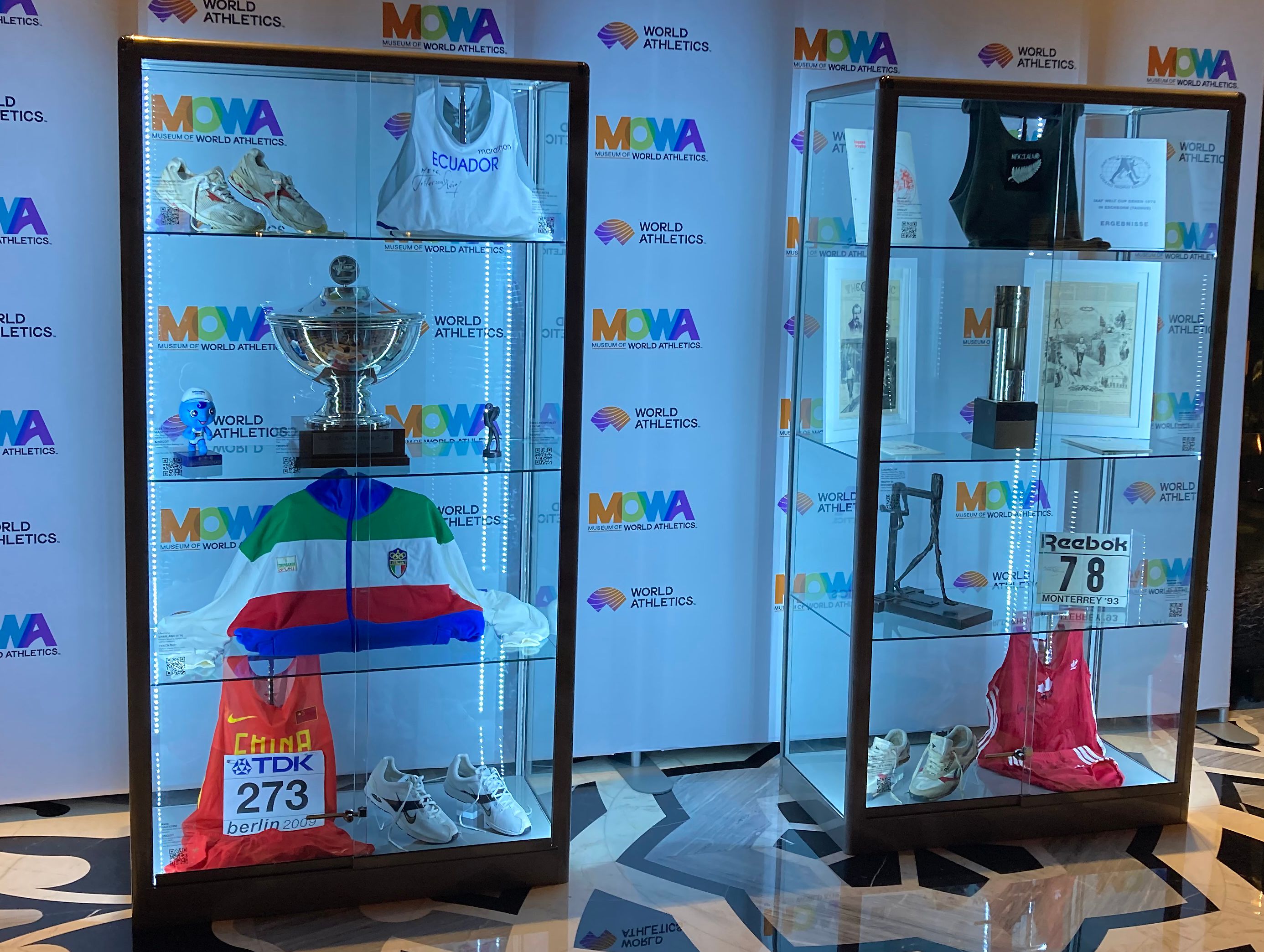 The display in Muscat is being staged to celebrate the World Athletics Race Walking Team Championships in the Omani capital this coming Friday and Saturday.

Those championships were born out of the previous World Race Walking Cup, whose last edition was in 2014. The solid silver trophy from that competition is one of three on exhibit. The other two trophies in the collection are from the Lugano (for men, established 1961) and Eschborn (for women, established 1979) Cups, which were the original versions of this historic competition.

As well as Damilano, the traditional race walking stronghold of Italy is represented by the 1993 World Race Walking Cup bib number donated by Elisabetta Perrone. A prolifically successful competitor, Perrone is the 1996 Olympic and 1995 world 10km silver and 2001 world 20km, bronze medallist.

While historic prints from the sport of pedestrianism dating back to the 1870s are in the exhibit, the oldest competition artefact on the show is Kiwi Norman Read’s Melbourne 1956 Olympic Games 50km winning singlet.

Visitors to the display in Muscat can enjoy video highlights from recent editions of the World Race Walking Cup and Team Championships.

There is also the opportunity to take a brief 3D tour of the MOWA via virtual reality headsets. World Athletics Heritage and MOWA have stepped into the metaverse.

The display in Muscat marks the launch of a special series of numbered MOWA Collector’s Postcards. The first seven cards all feature race walkers who have donated artefacts to the World Athletics Heritage Collection. Damilano inaugurates the MOWA Race Walking Heritage Display in Muscat. 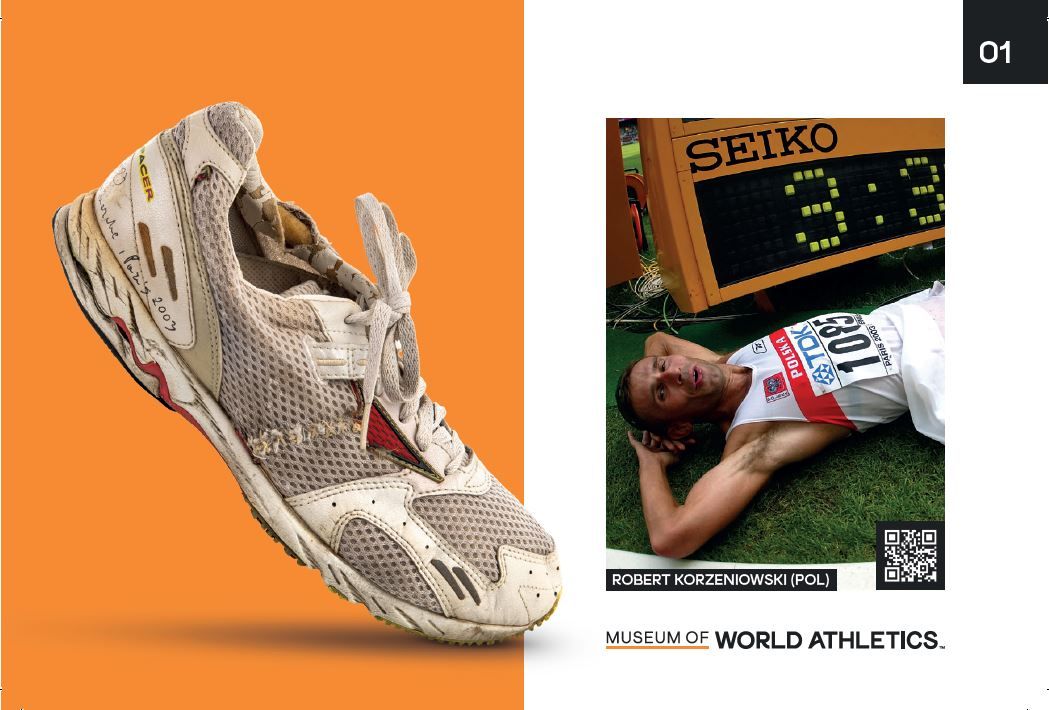 For fans and collectors unable to visit MOWA’s displays in Muscat and Belgrade in person, please do not fear. In the coming months, it will be possible to individually order these limited-edition cards, which are free of charge, via the MOWA platform.