By Cafonline
CUP OF NATIONS
The Atlas Lions of Morocco have qualified for the quarter-finals of the TotalEnergies Africa Cup of Nations 2021, which is currently taking place in Cameroon.

In a match played at the Ahmadou Ahidjo Stadium in Yaounde, Morocco fought back from a goal down to overcome Malawi 2-1.

Coach Vahid Halilhodzic’s Atlas Lions got off to a fast start, but the Malawi Flames’ Gabadinho Mhango scored after only seven minutes. 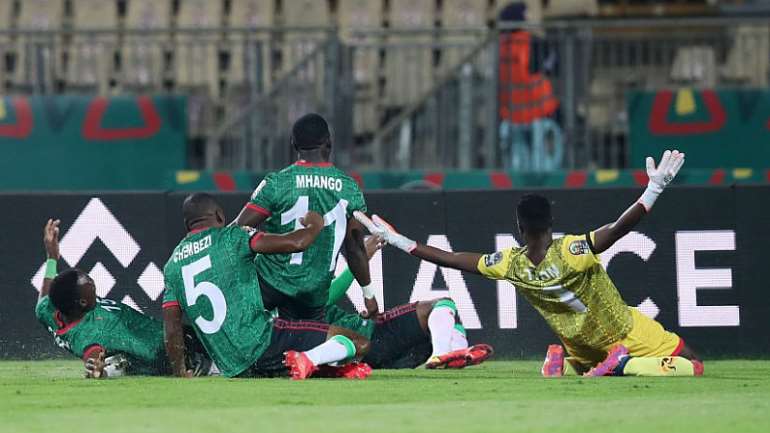 When Mhango curled in a shot from outside the box that beat Morocco’s goalkeeper Yassine Bounou to the top corner, he made no mistake.

The early goal, however, served as a wake-up call for the Moroccan team, who responded by attacking in numbers in an attempt to level the score. All of Imran Louza’s and Yousesef En-shots Nesyri’s were blocked by Malawian goalkeeper Charles Thom, who kept his team in the game.

But, with two minutes remaining in the half, En-Nesyri equalized by nodding in a well-taken Sofiane Boufal corner kick.

The Malawi Flames relieved a lot of pressure in the first half, when the Atlas Lions dominated the play with seven shots on target to Malawi’s one. 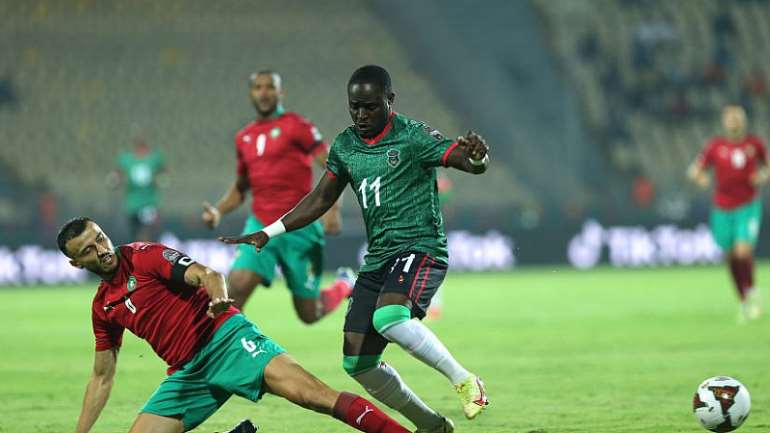 In the second half, the Malawi team tried to regroup and made early attempts through Gerald and Phiri Gomezgani Chirwa, but their attempts missed the target.

After putting a lot of pressure on Malawi’s defense, Morocco scored after 70 minutes to make it 2-1. Defender Achraf Hakimi struck a fantastic free-kick past Flames goalkeeper Charles Thom. The Atlas Lions didn’t let up as they proceeded to create more scoring opportunities.

At the 2019 AFCON held in Egypt, the Atlas Lions were ejected in the round of 16 by Benin in penalty shoot-outs after a 1-1 draw. Morocco have also lifted the AFCON trophy once in 1976. 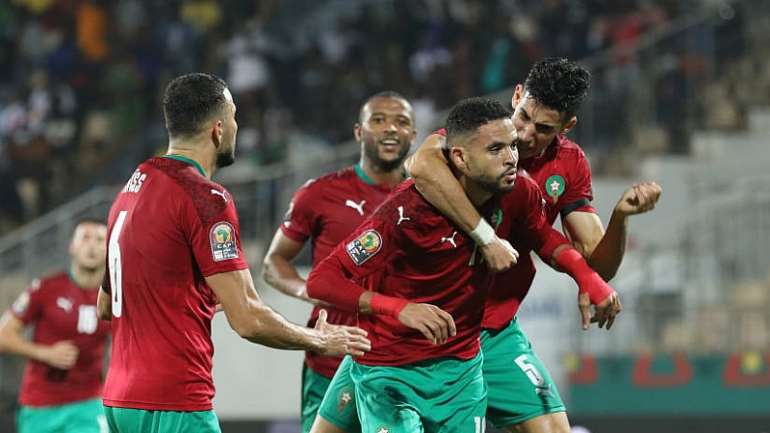 What they had to say……

“We are all to be congratulated. This victory reflects the great teamwork shown by all of us. We will continue to work towards our goal. Today I also had the privilege of scoring a free kick, I don’t know which goal was the best. I will stop and watch to evaluate. This one was more difficult because of the angle. Right now, I’m focusing on my team and the next phase. I have been practicing this kind of situation and I am happy when goals come in games”.

“It was not an easy game. When we conceded the goal, it made my team react and it was very complex. In the second half we didn’t lose concentration and managed to organize ourselves and take control of the game. We will remain committed and look to win the next games. We had plenty of chances and hesitated a lot. I hope that in the next game we will be more effective. I hope that the players who are injured recover and join the squad soon. We still have a lot of work ahead of us, we are aware that we are not at the level we want. I believe that with more games like these we can gain more confidence”.

“We worked and were very close. Personally, I tried to exploit the opportunities I had. We played against a very good team. However, I am proud of the performance of my players. Gabadinho is a good player and, as you saw, each player gave his best. I believe Gaba has the potential to play at the highest level. Our game plan happened as we wanted, but I have to admit that we played against a fantastic opponent”.